Nick Carr on navigating a time of constant transition 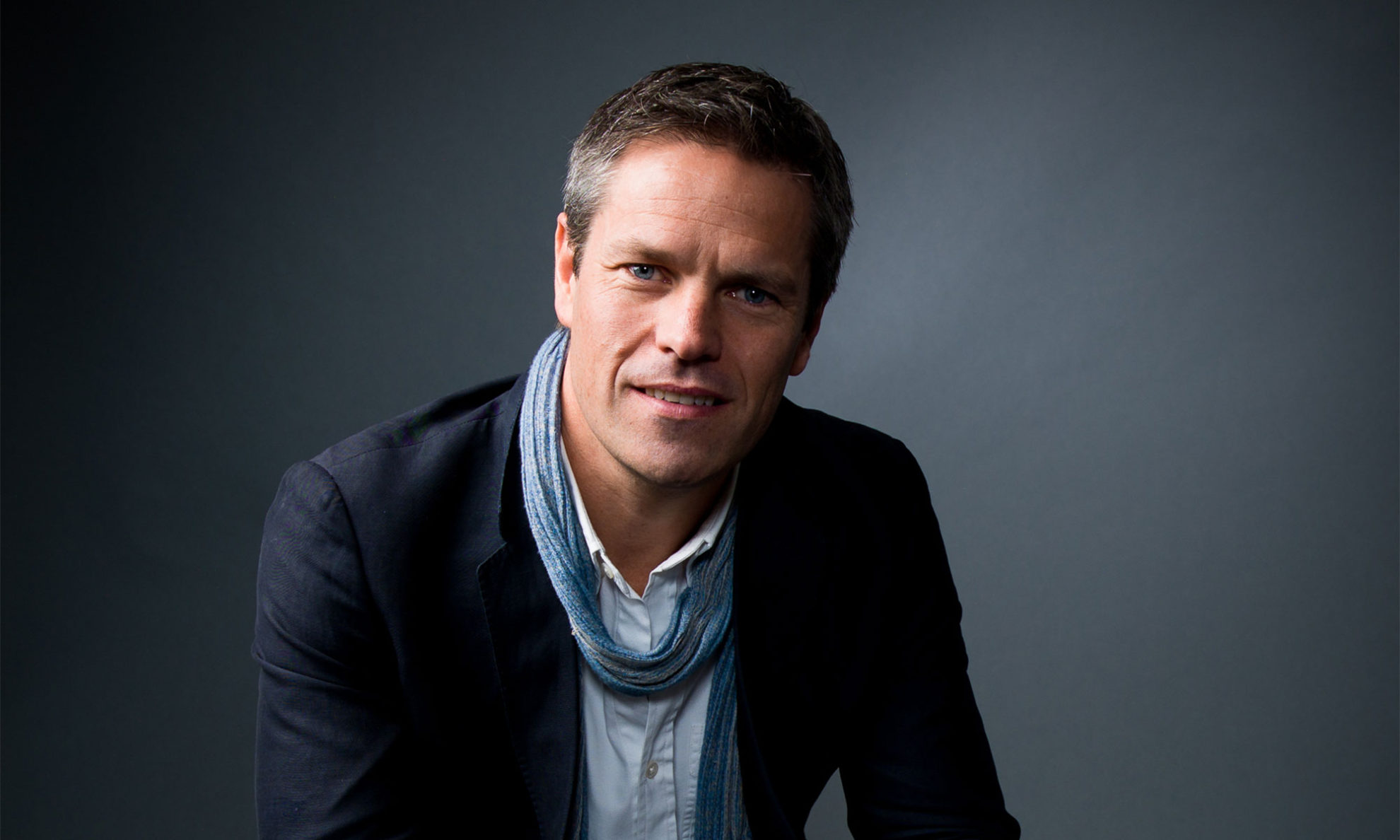 In what has undoubtedly been an unexpected year, Director Nick Carr considers how the studio has not only embraced change but is poised to transition into a whole new phase with new initiatives and a renewed focus.

There is no denying that at this moment in history many businesses are unsure about what’s around the corner. Rather than seeing it as inhibiting, Nick Carr believes that more than ever, it’s a time to invest in the future to ensure longevity and stability.

“Change is inevitable, but what is unique about this current situation is that change has been accelerated like never before,” says Nick. “Challenges will always occur, and they also help to build resilience. If you’re not experiencing change then there’s a good chance you’re not moving forward.”

Having been a director for over 20 years, he’s had many focuses at Carr. Recently he has become involved in seeing the commencement of several initiatives, all of which have accelerated in the wake of the pandemic. These include transitioning the team to 100 per cent remote working on cloud-based systems and developing new digital tools to enhance Carr’s internal systems and client service offering. These projects have been brought to market at a much faster pace than would have otherwise occurred.

“Change is inevitable, but what is unique about this current situation is that change has been accelerated like never before.” –  Nick Carr

Moving the team to 100 per cent remote working was a seamless transition. Carr’s virtual environment had been tested and trialled earlier in the year, so the move to a fully remote team transpired within a mere three to four days. “In the past, the transition to being a cloud-based studio would have taken a year or possibly even longer, yet we were able to react and make the necessary decisions in just a few days, ultimately maintaining continuity of work. It shows just how much the rate of change will increase because now people have experienced a new level of decision making,” says Nick. What has been the most inspiring thing to witness, Nick says, is “The way the team has stepped up. The way people have connected and continued working with technology has been amazing. Previously, it would not be fathomable that we wouldn’t need to be together. It just shows how necessity outweighs tradition.”

Another digital project that was already in the works, and has gone through rapid prototyping and launch, is a proprietary Client Portal platform. It is a tool that connects our clients with the design process in a new digital way, extending and enhancing the client services that Carr is already renowned for. Nick elaborates: “We’ve seen the maturing of technology within the architecture and construction industries and saw an opportunity to create something unique, especially considering that technology will continue to develop and expand. We saw the need to embrace and fully immerse ourselves in the technology of our times – and in fact, innovate beyond what is already considered standard.” The Client Portal reflects the studio’s focus on the future and desire to continue innovating how design is delivered in the 21st century and finding ways to strengthen our client relationships.

“The way the team has stepped up. The way people have connected and continued working with technology has been amazing. Previously, it would not be fathomable that we wouldn’t need to be together. It just shows how necessity outweighs tradition.” – Nick Carr

Looking ahead to the future, Nick brings an optimistic view. Alongside the digital initiatives, there has been a lot of time and work put into developing a strong leadership team. The last 12 months have seen the biggest onboarding of senior leadership. This evolution of Carr is done with purpose. “We’re building a solid, cross-sector foundation of leaders, who each bring something unique,” adds Nick.

The combination of technology and people are where the really exciting changes for the future are in the studio. But Nick reassures, “While it might seem like a lot on the face of it, the character and focus of the business hasn’t changed. We do all of this to elevate our clients’ experience, whether it be through, our systems, our people, or our design.”

We’ve been profiling the leadership team, read through some of their thinking here.

Ideas
All Dynamic Restraint Carr culture Ideas Profile Insights Design Art
Five minutes with Etoile Nasrallah
When hybrid works
Responding to supply chain issues
Nicci Green and her artisanal nature
200 Queen Street revisited
Norton Rose Fulbright revisited
Generational timelessness
Understanding ‘boomerang employees’
An exploration of design philosophy
Boutique residential design essentials
NGV Contemporary: once-in-a-generation cultural landmark
Making work meaningful
ISO certification and the afforded possibilities
Five minutes with Lauren Kay
Workplace design: what does the future hold?
Why we use concrete
The Westin revisited
Five minutes with Sam Stefanou
John Bradley’s quest for knowledge
A renewed sense of optimism
Carr holiday reading list
A summer guide from our friends
Jackalope – a sustainable benchmark
A welcome return for working parents
Marquise apartments revisited
Five minutes with Laura Casey
Q&A with photographer Dianna Snape
Architecture and Interior Design: a dual discipline perspective
Five minutes with Kyal Erdman
Watch: a sense of calm
Third Spaces – an extension of the workplace
Lessons on remote collaboration
The Carr podcast list
Merriwee revisited
Rokeby Street – a breathing space
Talking Design x Sue Carr
Watch: a natural beauty with Habitus TV
Chris McCue reflects on embracing the unknown
Calmly balanced
Developing the architectural language for 835 High Street
Design trends come and go – Sue Carr’s vision has never wavered
Q&A with Studio Ongarato
A life-long pursuit of excellence honoured
The importance of art in public spaces
Five decades in the making: Sue Carr on the evolution of Carr
The curious mind of Robert Owen
Mapping the changing workplace with Richard Healy
Law firms for the future
A new urbanism
The way forward
Whitepaper: Changing buyer demands in multi-residential
Escaping to the coast
Limber up – the new world is flexible and ready
Convenience is an understatement: The International
Richard Beel considers the power of materiality in architecture
Concrete modern
The Carr reading list
In search of lifestyle
Creating value in commercial spaces
Keeping inspiration high – even remotely
Q&A with artist Anna-Wili Highfield
Anticipating a rise in regional tourism
The importance of place: Monocle releases ‘Only in Australia’ podcast
What we’re eating and drinking in lockdown
How is the multi-residential market faring?
Nick Carr on navigating a time of constant transition
Q&A with Maryanne Moodie
On bringing value to the workplace with Molly Shelton
David Brooks on enriching architecture with landscape
The virtual experience
Sue Carr reflects on business and the value of design
Playing the long game: Stephen McGarry on design longevity
7 articles to help you navigate the new normal
Introducing a new talent: Rebecca Trenorden
Nicole Coutts on the future of the workplace
Shopping in the time of COVID-19
In Profile: Chris McCue
Design tips for remote working
Decentralising the workplace
Celebrating International Women’s Day at Carr
The design of everyday rituals
Into the mind of Christopher Boots
Robert Owen’s geometry of light, space and form
Head in the clouds
Building and nature collide
A new era for legal practices
Reframing two icons
The future of hotel hospitality
Japan in a new light
On the importance of timeless design
Digital disruption: On the need for focused working
Designing for future generations
The influence of good design
Finding balance: A hybrid approach to the workplace
Close