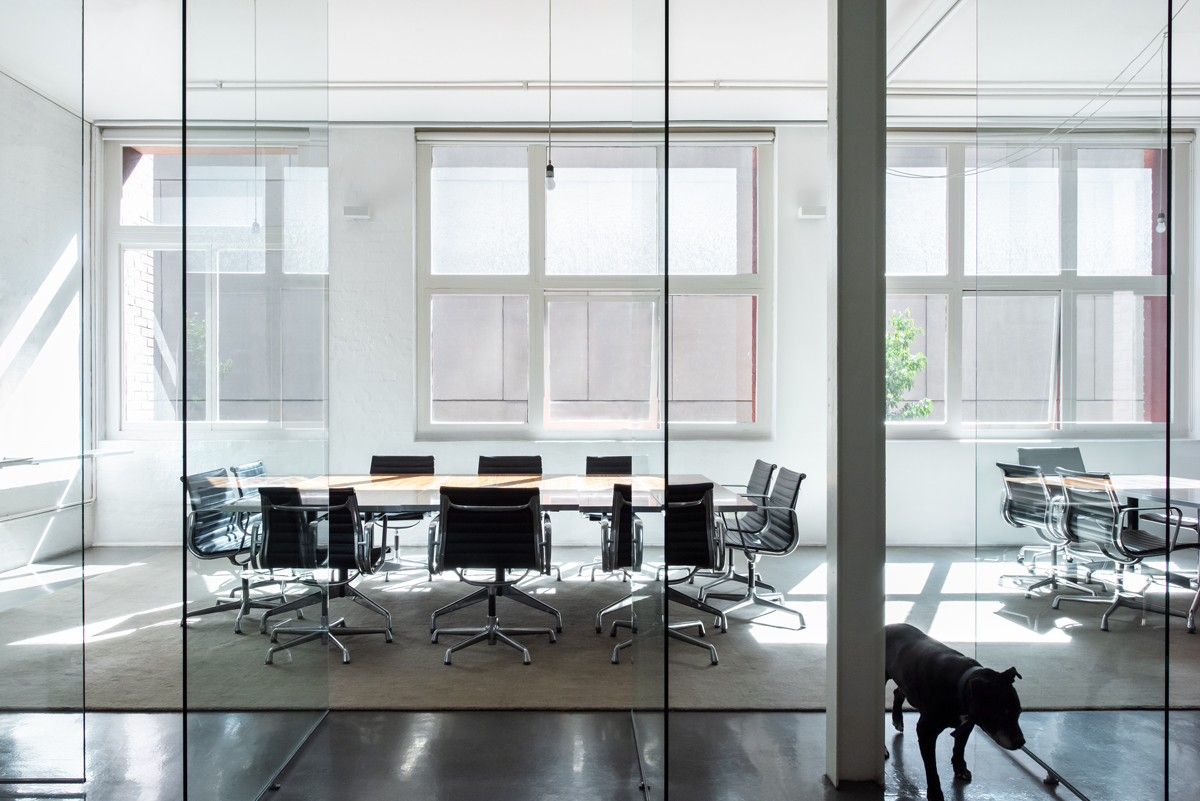 We kicked off the first talk in a virtual speaker series with renowned architect Roger Poole, who delivered an inspiring presentation on enduring architecture.

As the Carr office continues to work from home, it can be all too easy to feel isolated and disconnected from the wider team. To bring everyone together, create a sense of connection and keep morale high, the team has launched a three-month social program with a calendar full of events and talks all with the purpose of sharing educational, insightful and creative thinking.

To kick off the series the highly regarded architect Roger Poole gave a presentation on the topic of ‘Enduring Architecture’. Roger showcased a range of projects and shared his design thinking of what goes into ensuring a building will endure for generations to come. A topic that he is more than versed in given his legacy to the city of Melbourne. 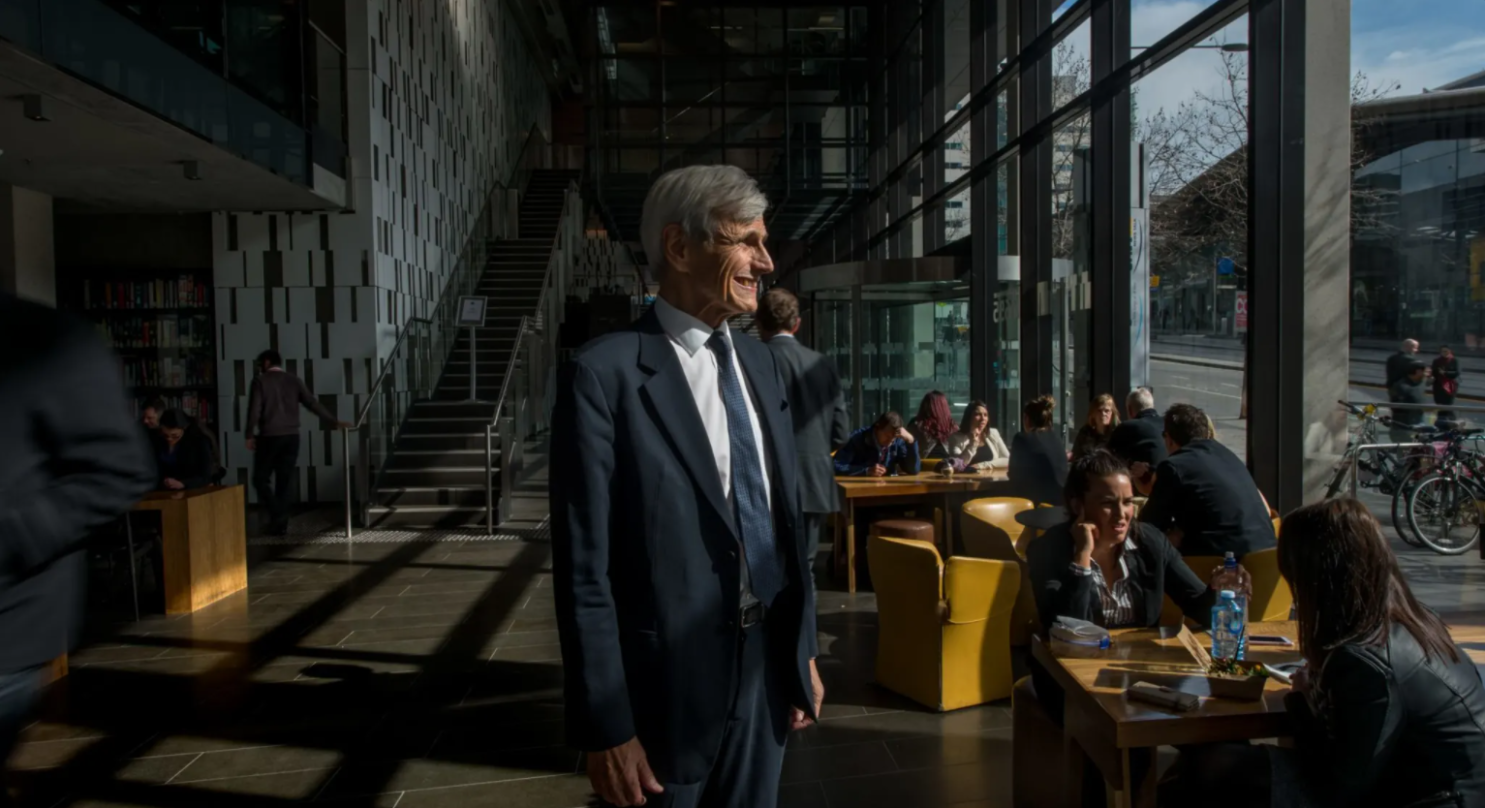 Photo by Penny Stephens for the Sydney Morning Herald.

Originally from the United States, Roger Poole gained an honours degree in architecture at the University of Washington and undertook PhD research in the Urban Design & Planning Department of MIT, Boston. Roger moved to Melbourne and joined Bates Smart in 1974. He became a director in 1981, and chairman in 1998.

During that time Roger designed and directed teams on numerous projects including the Metropolitan Fire Brigade, the ANZ Towers at Collins Place, the Melburnian, Freshwater Place, Crown, Melbourne’s Children’s Court, Media House, 150 Clarendon Street, the Eastbourne, and 35 Spring Street. He has also had a long history of civic involvement, with 14 years as a member of the Executive Board of the Committee for Melbourne and on boards of other educational and arts organisations.

Currently, Roger has a specialist architectural consultancy, working with clients who need independent advice on projects and strategies. He has provided peer reviews of designs in progress, judged architectural competitions, assisted to write project briefs and has appeared as an expert architectural witness before planning tribunals.

Each month we’ll be hearing from an artist, architect or all-round creative to hear about their inspirations, processes and practice.

Ideas
All Dynamic Restraint Carr culture Ideas Profile Insights Design Art
Five minutes with Etoile Nasrallah
When hybrid works
Responding to supply chain issues
Nicci Green and her artisanal nature
200 Queen Street revisited
Norton Rose Fulbright revisited
Generational timelessness
Understanding ‘boomerang employees’
An exploration of design philosophy
Boutique residential design essentials
NGV Contemporary: once-in-a-generation cultural landmark
Making work meaningful
ISO certification and the afforded possibilities
Five minutes with Lauren Kay
Workplace design: what does the future hold?
Why we use concrete
The Westin revisited
Five minutes with Sam Stefanou
John Bradley’s quest for knowledge
A renewed sense of optimism
Carr holiday reading list
A summer guide from our friends
Jackalope – a sustainable benchmark
A welcome return for working parents
Marquise apartments revisited
Five minutes with Laura Casey
Q&A with photographer Dianna Snape
Architecture and Interior Design: a dual discipline perspective
Five minutes with Kyal Erdman
Watch: a sense of calm
Third Spaces – an extension of the workplace
Lessons on remote collaboration
The Carr podcast list
Merriwee revisited
Rokeby Street – a breathing space
Talking Design x Sue Carr
Watch: a natural beauty with Habitus TV
Chris McCue reflects on embracing the unknown
Calmly balanced
Developing the architectural language for 835 High Street
Design trends come and go – Sue Carr’s vision has never wavered
Q&A with Studio Ongarato
A life-long pursuit of excellence honoured
The importance of art in public spaces
Five decades in the making: Sue Carr on the evolution of Carr
The curious mind of Robert Owen
Mapping the changing workplace with Richard Healy
Law firms for the future
A new urbanism
The way forward
Whitepaper: Changing buyer demands in multi-residential
Escaping to the coast
Limber up – the new world is flexible and ready
Convenience is an understatement: The International
Richard Beel considers the power of materiality in architecture
Concrete modern
The Carr reading list
In search of lifestyle
Creating value in commercial spaces
Keeping inspiration high – even remotely
Q&A with artist Anna-Wili Highfield
Anticipating a rise in regional tourism
The importance of place: Monocle releases ‘Only in Australia’ podcast
What we’re eating and drinking in lockdown
How is the multi-residential market faring?
Nick Carr on navigating a time of constant transition
Q&A with Maryanne Moodie
On bringing value to the workplace with Molly Shelton
David Brooks on enriching architecture with landscape
The virtual experience
Sue Carr reflects on business and the value of design
Playing the long game: Stephen McGarry on design longevity
7 articles to help you navigate the new normal
Introducing a new talent: Rebecca Trenorden
Nicole Coutts on the future of the workplace
Shopping in the time of COVID-19
In Profile: Chris McCue
Design tips for remote working
Decentralising the workplace
Celebrating International Women’s Day at Carr
The design of everyday rituals
Into the mind of Christopher Boots
Robert Owen’s geometry of light, space and form
Head in the clouds
Building and nature collide
A new era for legal practices
Reframing two icons
The future of hotel hospitality
Japan in a new light
On the importance of timeless design
Digital disruption: On the need for focused working
Designing for future generations
The influence of good design
Finding balance: A hybrid approach to the workplace
Close