An exploration of design philosophy 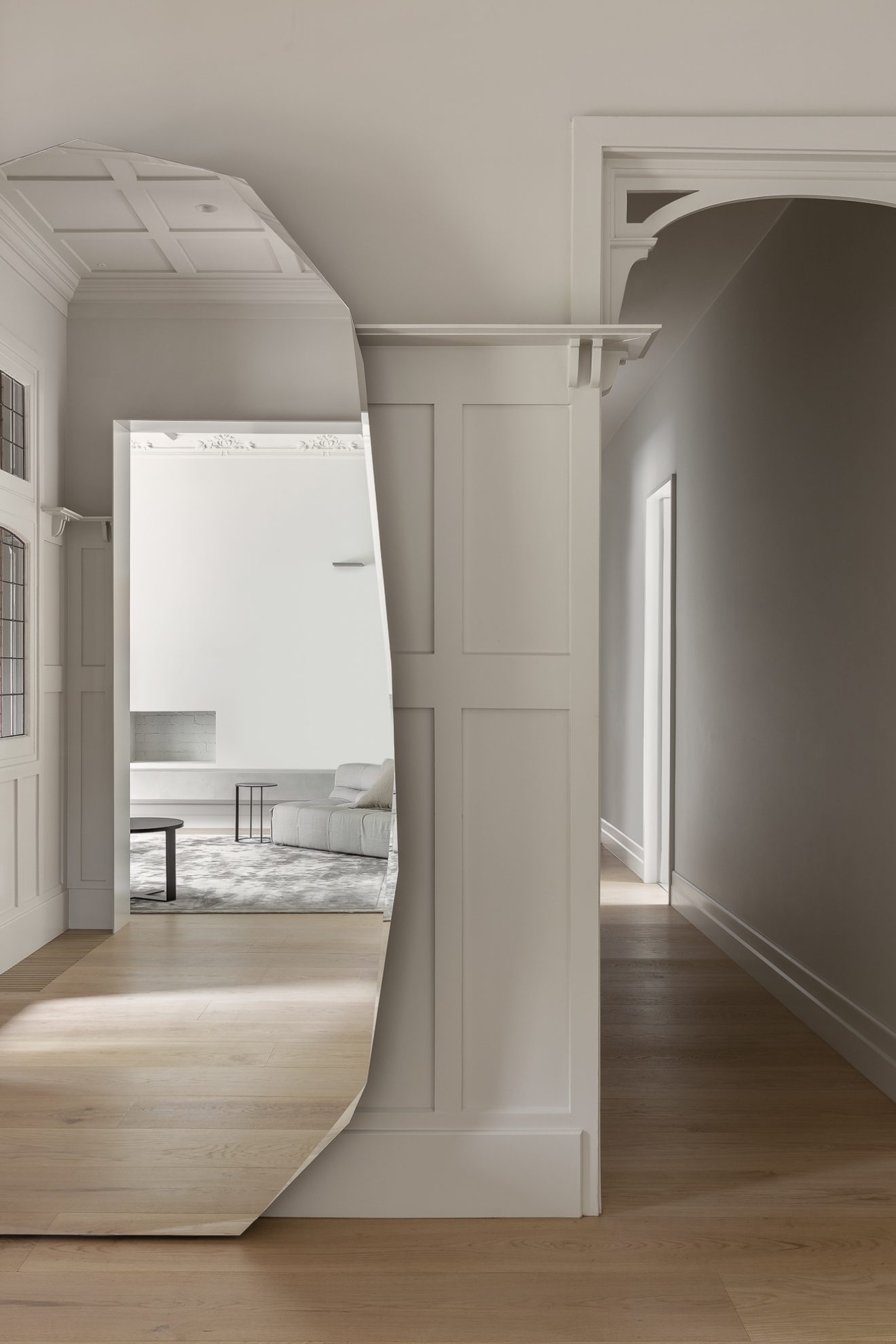 Underpinning the philosophy of Carr, opportunities within a project are interrogated and a rigorous approach is applied to all aspects of design. This provides a response that is contextual and enriches everyday life. To understand this philosophy, Associate Stephanie Poole explores Gridded House: an existing home reimagined through a design that celebrates its heritage, while enabling the home to evolve. 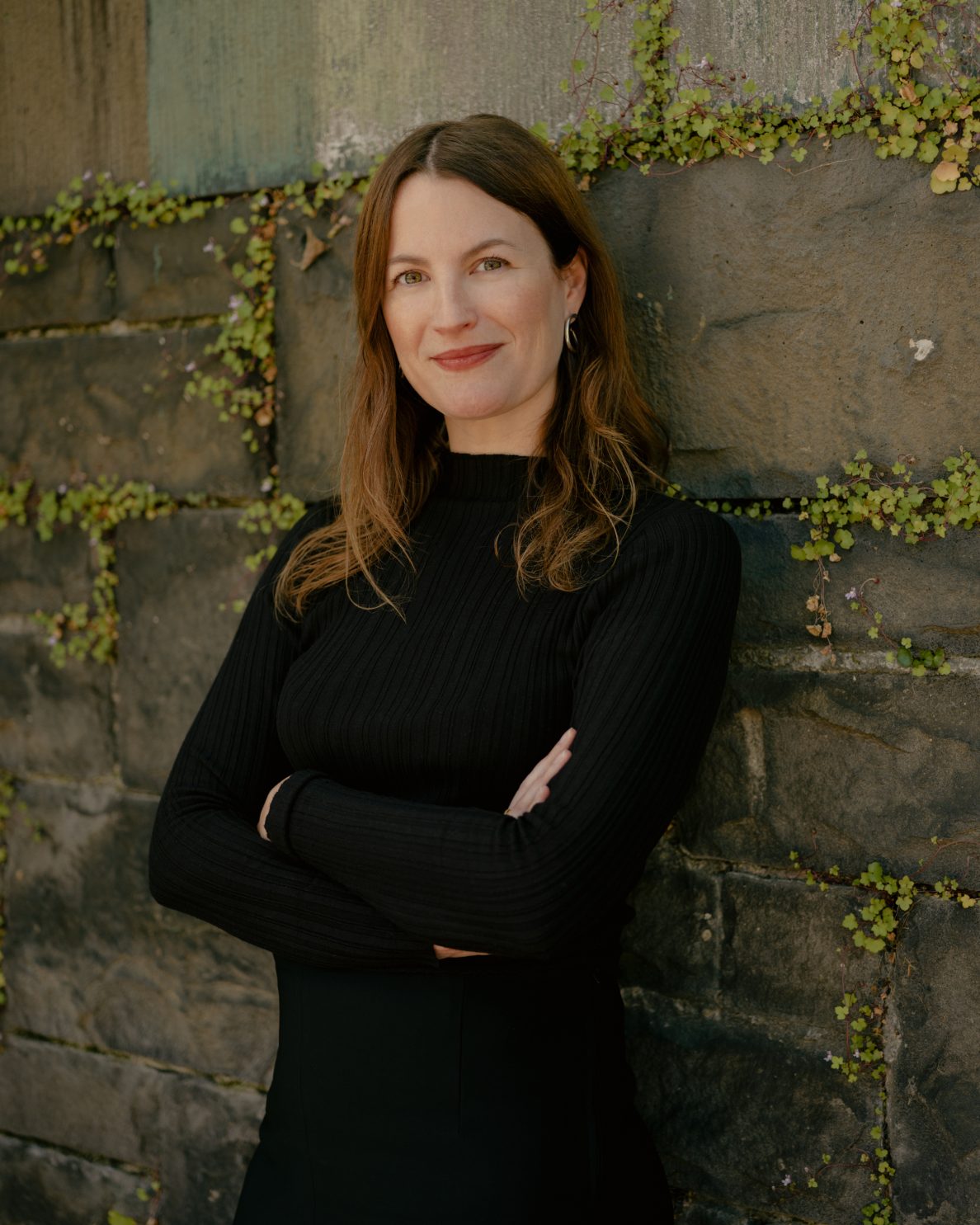 Occupying a corner site within the Grace Park overlay of Hawthorn, the house presents as a relatively intact Edwardian-era dwelling within a landscaped setting. Within this historic context, Carr closely studied the existing house, its planning and detailing, to understand how best it could be adapted to suit contemporary family life.

Though some of the original rooms have beautiful proportions and heritage details, many of the internal spaces were convoluted and dark. A 1980s extension contributed to a feeling of disorientation and separation within the home. “Our approach was to identify elements of the house we needed to maintain, where the design should evolve, and where we contribute new insertions that serve as a counterpoint to the existing building,” explains Stephanie Poole.

Critical to the development of any design is an understanding of the client to enrich their experience of everyday life. As Stephanie says, “A home is such a personal environment, so it is critical to truly understand how a person or family want to live, the nuances of their rituals and daily patterns, and importantly, the feelings that the spaces ought to evoke.”

Our aim is always to uncover the opportunities within the existing building and context to create a responsive design.” 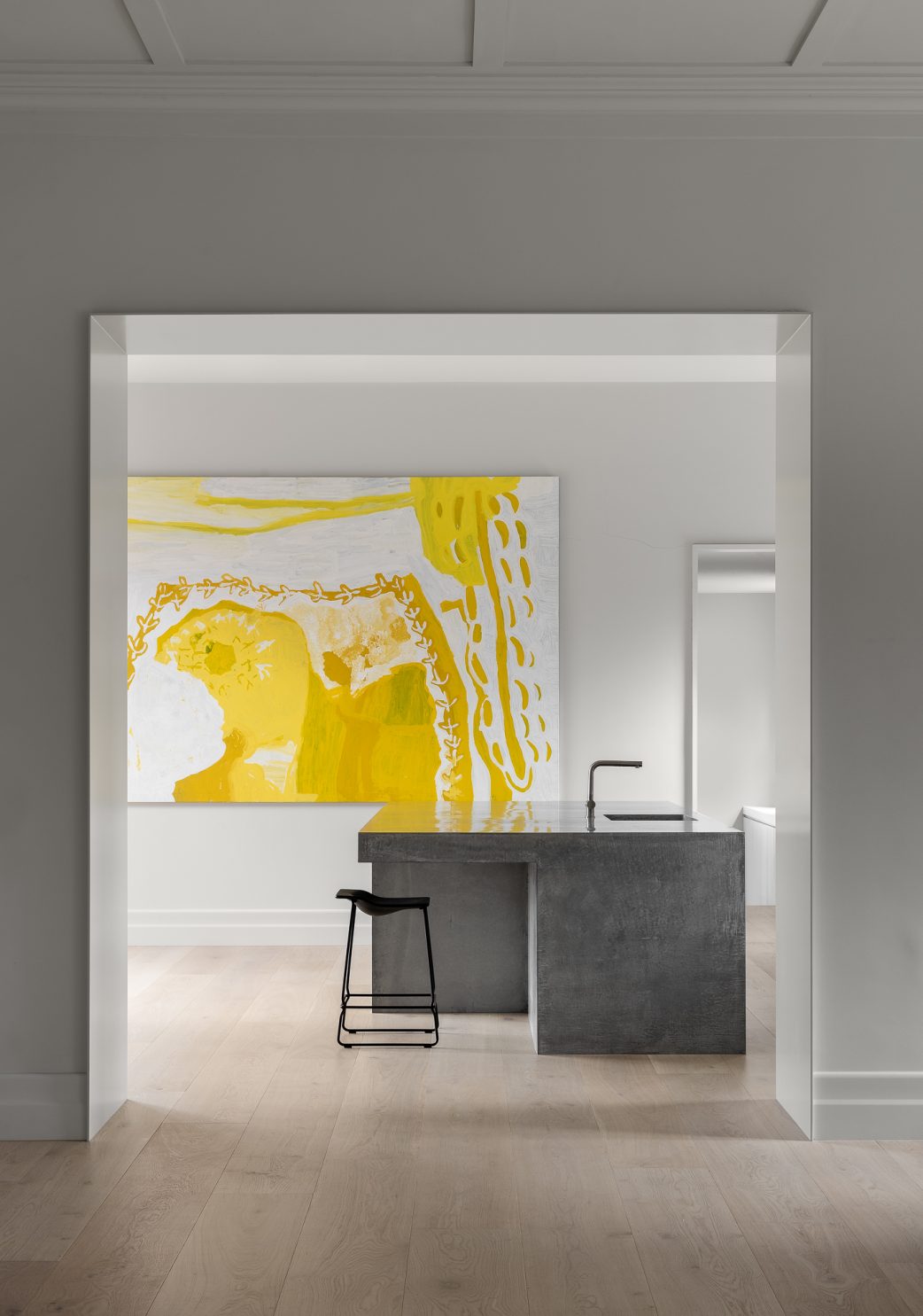 The introduction of large punctures in three walls enabled a visual and physical link between the kitchen, dining and living spaces. Photography by Timothy Kaye.

Every move, insertion and addition within each Carr project is considered through the same holistic lens. This manifests initially through the plan, where establishing clarity and connection creates an intuitive flow between spaces and a sense of calm.

For Gridded House, Carr sought to open the plan to create a strong connection between the spaces. Through a series of generous new openings, the benefits and informality of contemporary open-plan living are felt, while retaining the proportions and character of the existing home.

“We refined the circulation so that movement between spaces feels intuitive, the rooms are flooded with natural light and views are created beyond the interior to the landscaped surroundings. As a result, there is an intrinsic sense of ease and flexibility for the spaces to evolve over time,” says Stephanie.

Indeed, the spaces are now more purposeful and suited to family life, extending the longevity of the existing home. As Stephanie explains, “The role of the kitchen has evolved significantly since the Edwardian era. Where previously it was distinctly separate, concealed from the ‘public’ spaces of the house, today it has a strong social, even performative function. It needs to be highly functional and serve as a space to gather and host.” 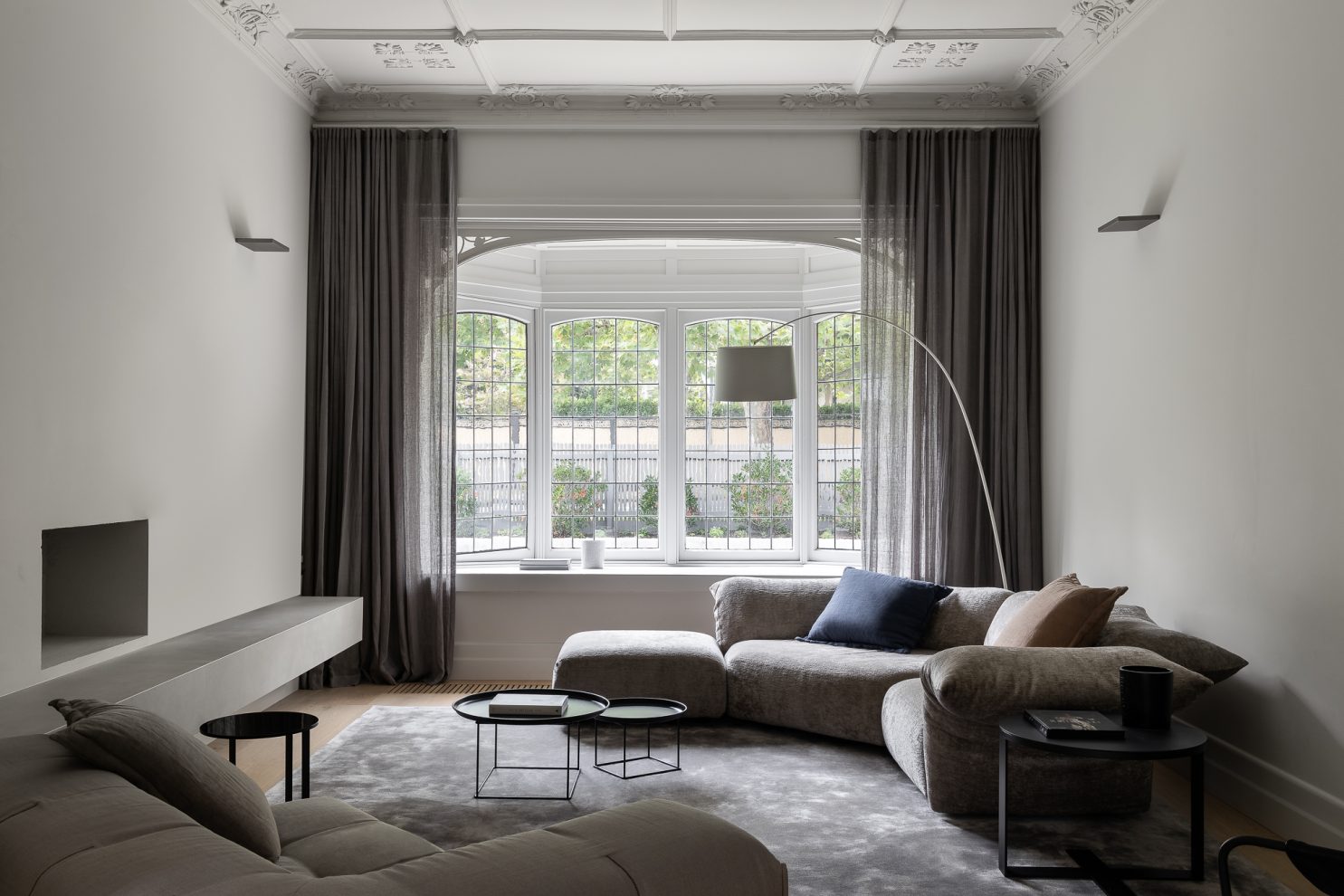 The leadlight bay windows and gridded details provided exquisite moments that were starting points for the design’s inspiration and identity. Photography by Timothy Kaye.

The original design details served as cues for how the house might develop. “Examining the history of the existing architecture offers a rich basis for its design evolution. Every decision is carefully considered and contributes to the narrative of the home,” says Stephanie.

A grid appeared as a repeated motif throughout the detailing of the house: in the plaster and timber-strapped ceilings, wall panelling and leadlight windows. For Carr, the grid served as a starting point for design decisions across both stages of the project, across multiple scales.

“Analysing the original design enabled us to establish a series of parameters that ensure every move made contributes to the overall cohesive whole.” Stephanie adds, “This enabled us to create a subtle logic within the design, such as the contemporary joinery elements which have a proportional consistency, serving to unite the spaces.” The new insertions and existing interior details are painted in a soft grey, creating a tonal consistency, a sense of calm and an alignment between old and new. 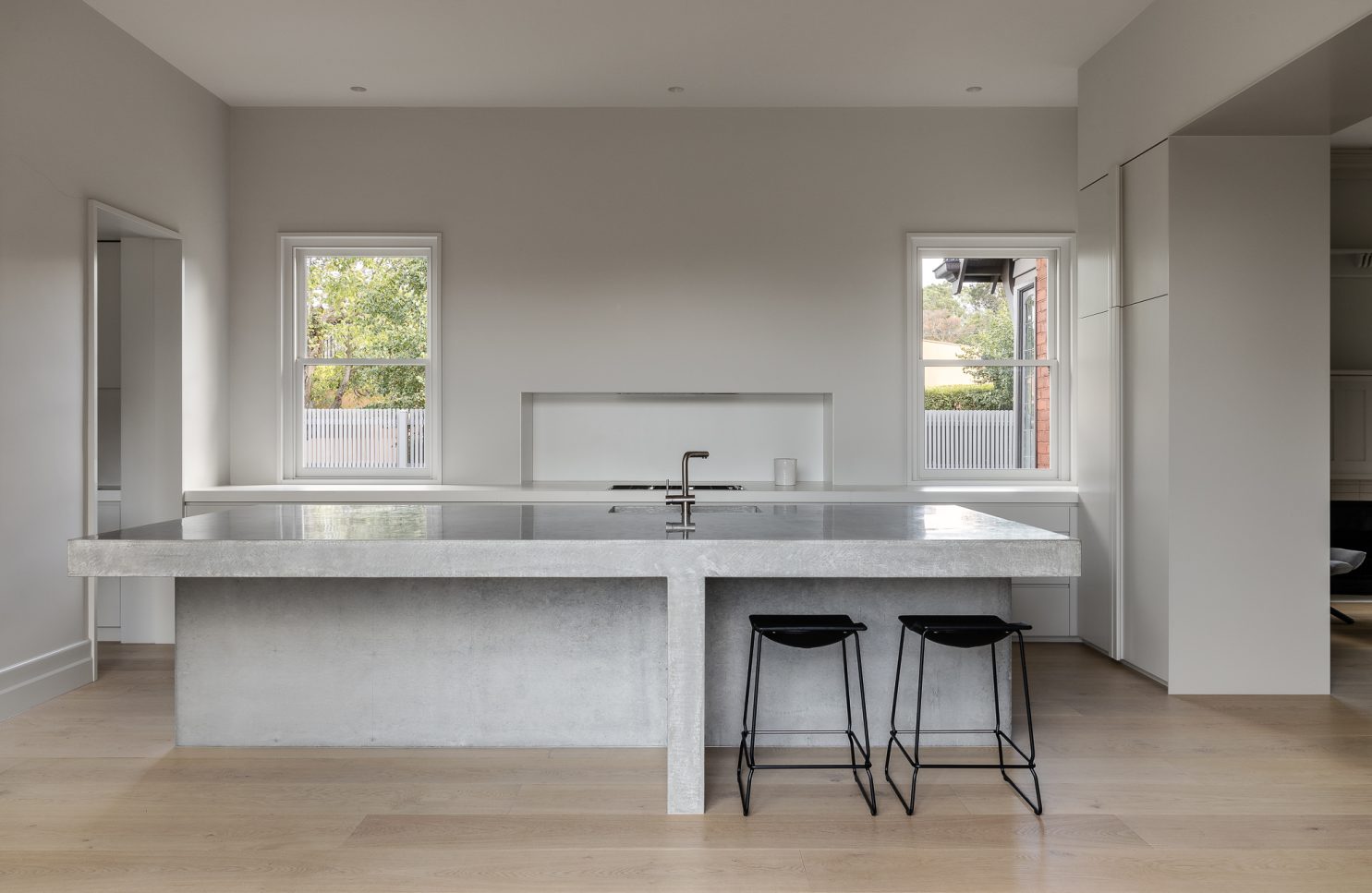 The concrete island bench, fabricated by Concrete by Keenan Harris, is designed to be an asymmetrical and cantilevered plinth. Photography by Timothy Kaye. 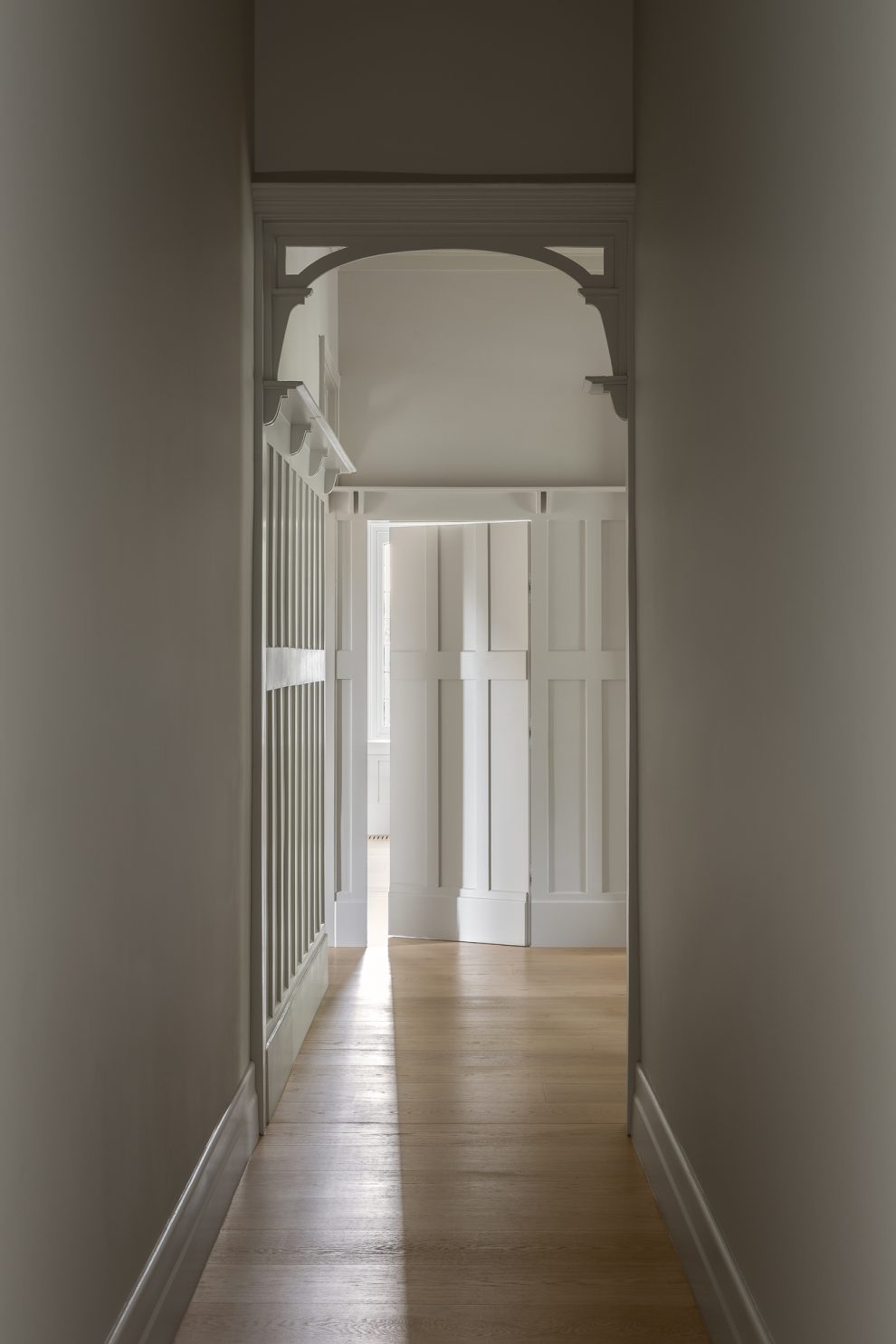 A secret door was installed as a nod to the home's heritage. Photography by Timothy Kaye.

Beyond the inherent logic of the design, there are unexpected moments that serve to contrast with and enhance the character of the existing home. An example of this is found in the new kitchen. As Stephanie explains, “We chose to amplify the idea of the contemporary kitchen as a gathering space with an in-situ concrete island bench, which serves as an anchoring element within the space. Having moved through a series of highly detailed historic rooms, its vast proportions, dramatic cantilever and Brutalist expression are unexpected.”

Similarly, the solidity of the existing masonry walls is amplified by large, shrouded openings which contrast with the original wall panelling and skirting. An element of surprise is created with a new hidden panelled door from the entrance to the dining room that, when opened, creates a new east-west line of sight through the house and the ability to see the garden in two directions.

Design must transcend the functional requirements to consider the emotional and sensory experiences possible. The combination of these elements is intrinsic to our philosophy and embedded in our work, regardless of scale or typology.”