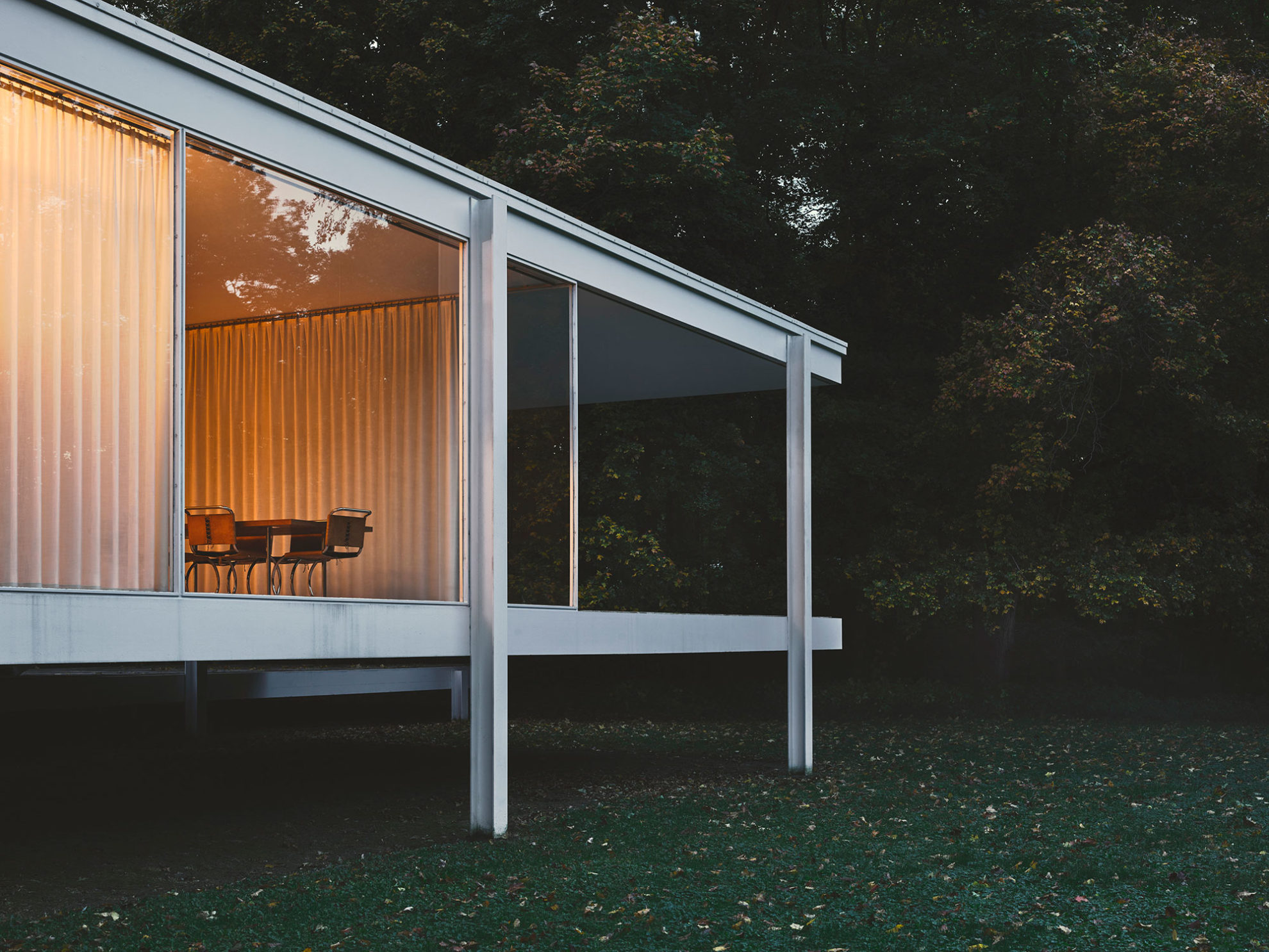 Australian photographer Derek Swalwell has photographed two seminal mid-century homes in the US, with the creative output forming the basis of a new exhibition. 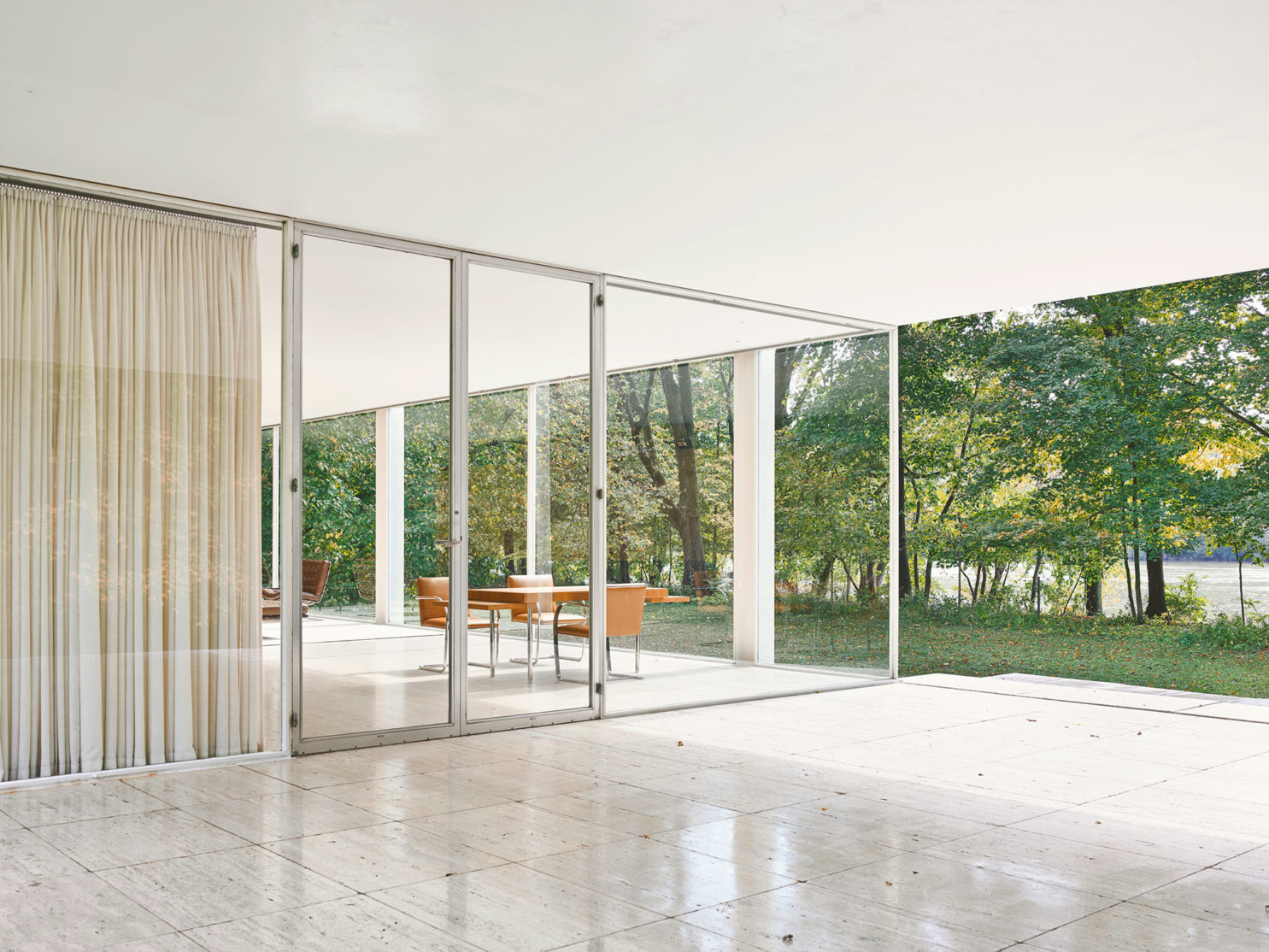 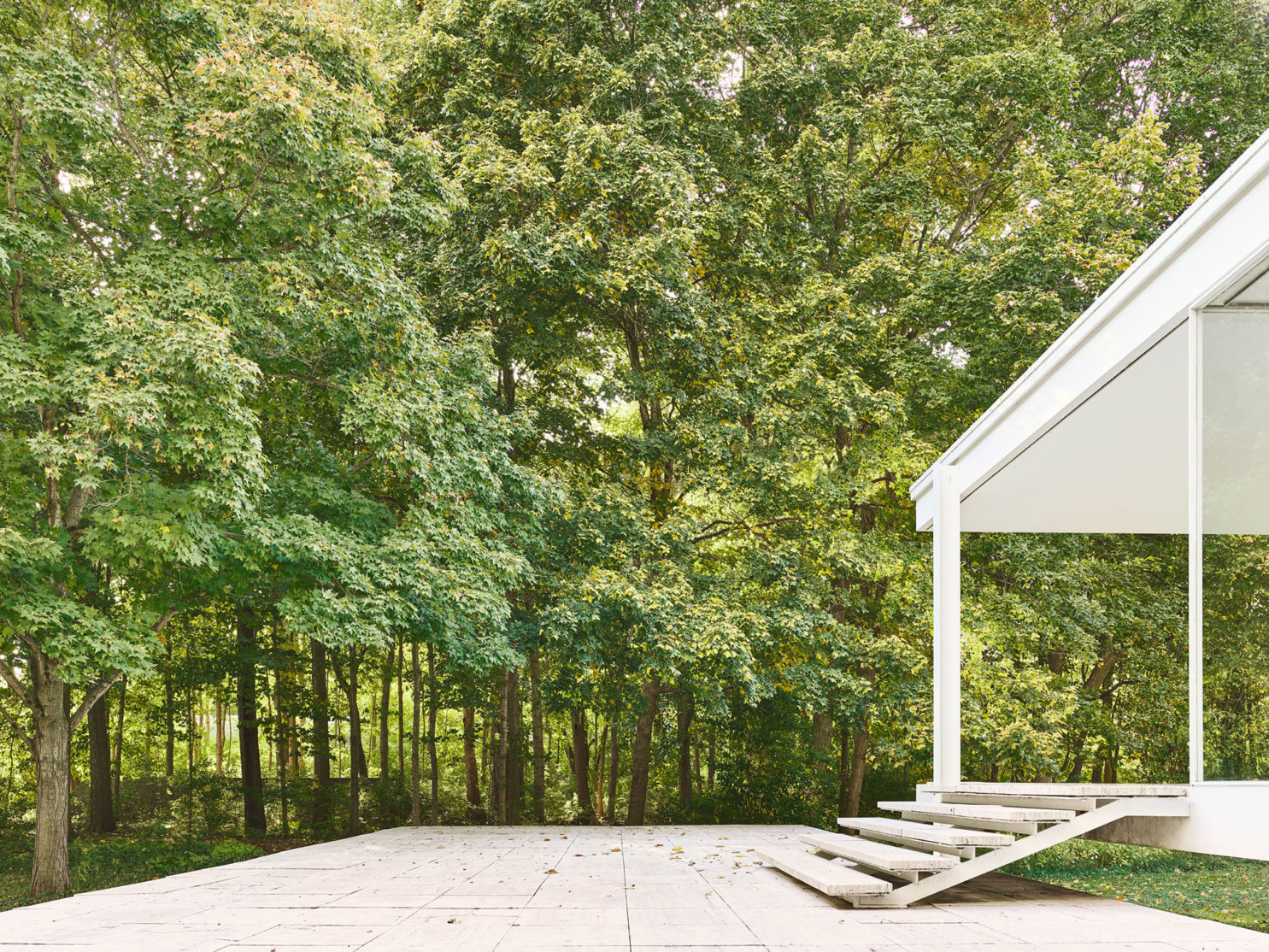 There’s nothing like a fresh set of eyes on something to give it an entirely new perspective. In his latest creative project, Melbourne-based photographer Derek Swalwell casted his expert eye and lens on two iconic mid-century homes in the United States – Mies van der Rohe’s Farnsworth House and Eero Saarinen’s Miller house.

The resulting images are a joy for any architecture and design lover, with intimate details brimming to life through Swalwell’s prints. Farnsworth House is regarded as one of Mies van der Rohe’s most recognised projects, including its widely known history fraught with scandal. But Swalwell has managed to capture the timeless quality of this iconic building, reframing it in an entirely new light and placing the viewer in the context of the site and its gentle positioning. 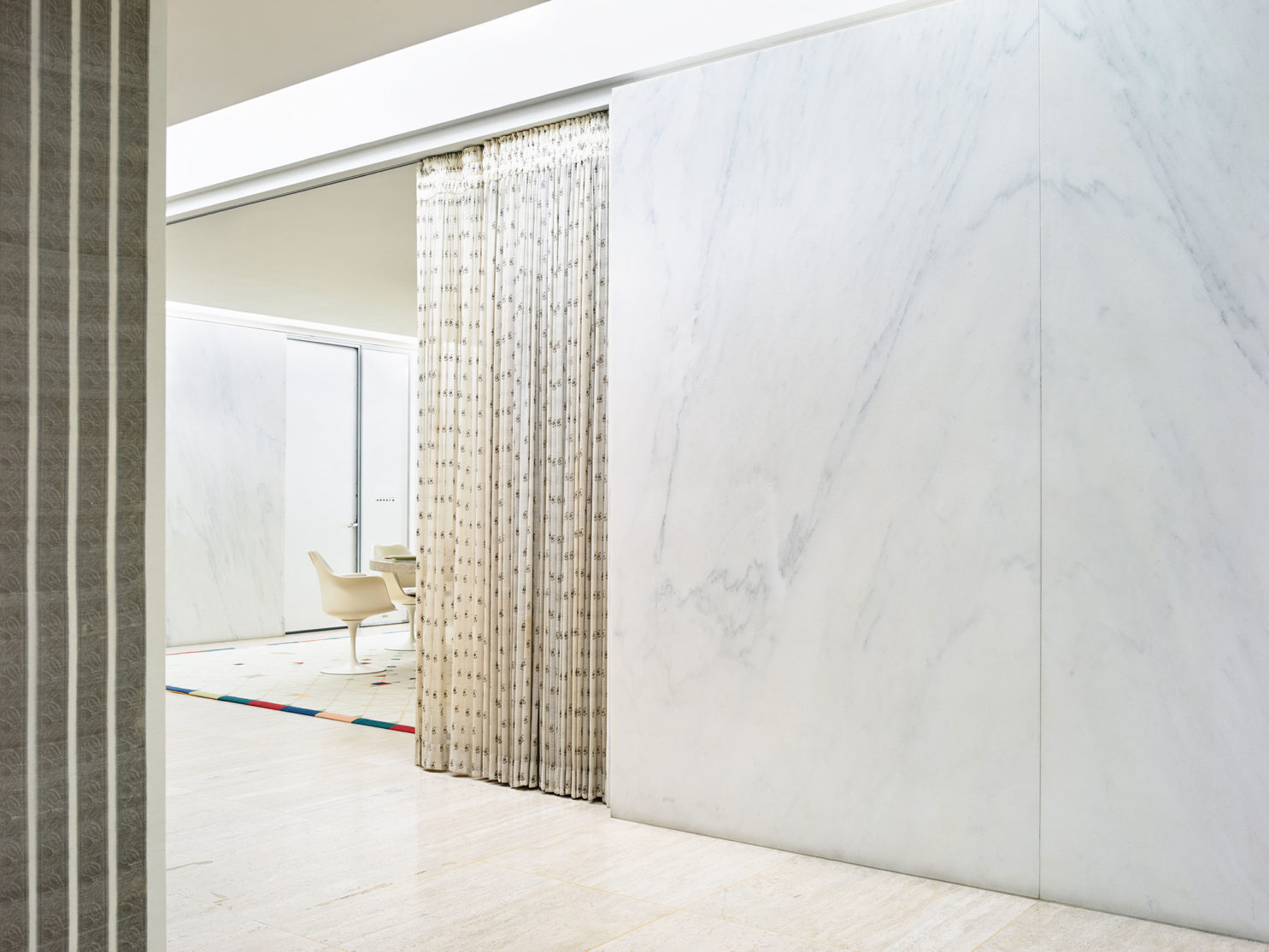 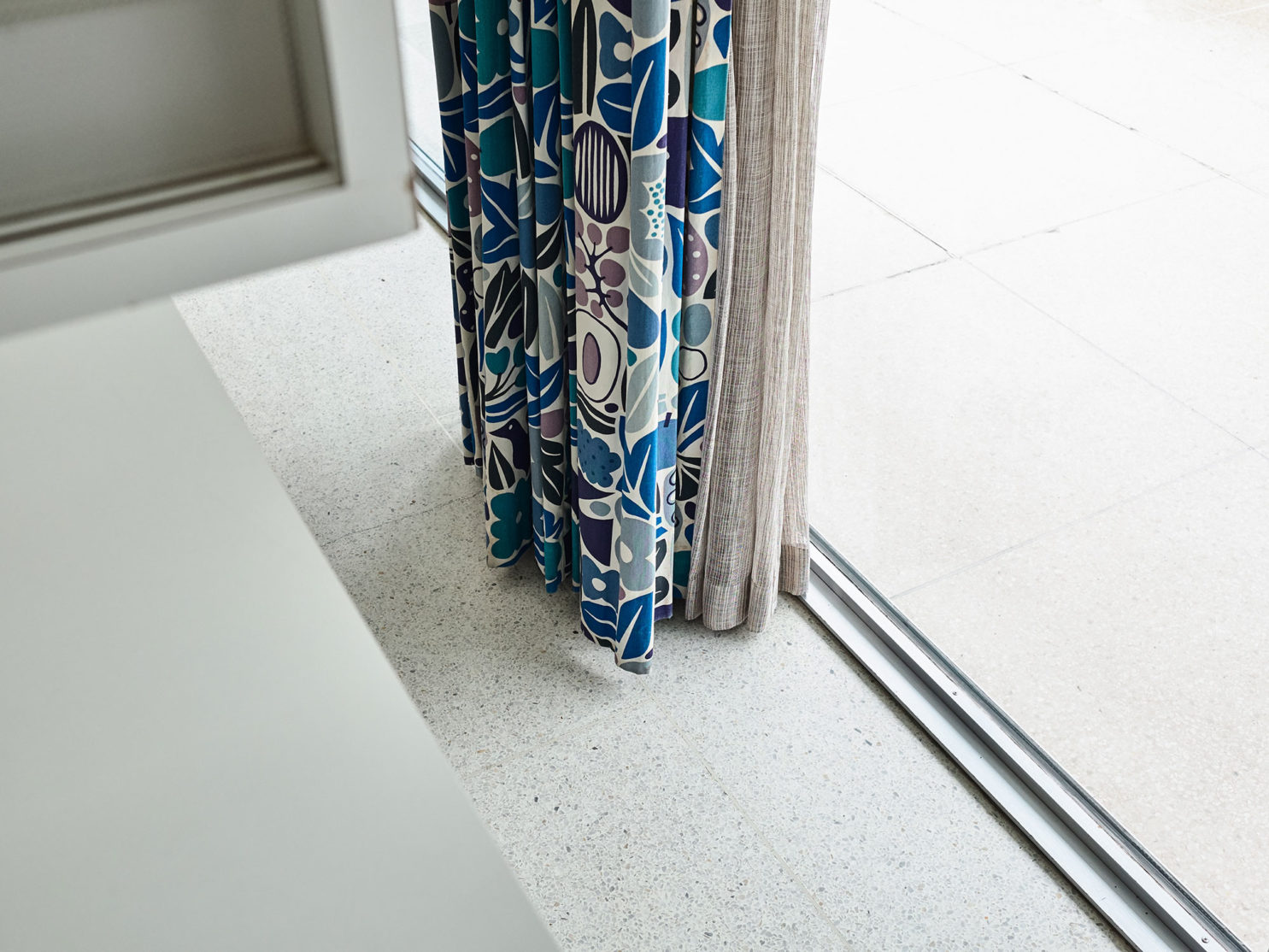 Perhaps lesser known, but a fine example of mid-century modern none-the-less, Miller House is an example of Saarinen’s refined design aesthetics. In his images Swalwell has captured quiet moments, ones that would no doubt be overlooked, drawing attention to the lasting materiality inherent in the project.

Swalwell’s images are fresh and modern and leave nothing for the work to hide behind. They paint a stark new reality for how these highly referenced projects have stood the test of time. And make for some beautiful art for the wall too.

Swalwell’s Farnsworth + Miller collection is a stand-alone representation of two houses that define the mid-century modern aesthetic. The photographs singularly project them into a space that portrays the unrivalled charm and rich history that is provoked in both homes when documented in Swalwell’s honest and transformative fashion.

Ideas
All Dynamic Restraint Carr culture Ideas Profile Insights Design Art
John Bradley’s quest for knowledge
A renewed sense of optimism
Carr holiday reading list
A summer guide from our friends
Jackalope – a sustainable benchmark
A welcome return for working parents
Marquise apartments revisited
Five minutes with Laura Casey
Q&A with photographer Dianna Snape
Architecture and Interior Design: a dual discipline perspective
Q&A with Kyal Erdman
Watch: a sense of calm
Third Spaces – an extension of the workplace
Lessons on remote collaboration
The Carr podcast list
Merriwee revisited
Rokeby Street – a breathing space
Talking Design x Sue Carr
Watch: a natural beauty with Habitus TV
Chris McCue reflects on embracing the unknown
Calmly balanced
Developing the architectural language for 835 High Street
Design trends come and go – Sue Carr’s vision has never wavered
Q&A with Studio Ongarato
Choreographing meaningful commercial interiors
A life-long pursuit of excellence honoured
The importance of art in public spaces
Five decades in the making: Sue Carr on the evolution of Carr
The curious mind of Robert Owen
Mapping the changing workplace with Richard Healy
Law firms for the future
A new urbanism
The way forward
Whitepaper: Changing buyer demands in multi-residential
Escaping to the coast
Limber up – the new world is flexible and ready
Convenience is an understatement: The International
Richard Beel considers the power of materiality in architecture
Concrete modern
The Carr reading list
In search of lifestyle
Creating value in commercial spaces
Keeping inspiration high – even remotely
Q&A with artist Anna-Wili Highfield
Anticipating a rise in regional tourism
The importance of place: Monocle releases ‘Only in Australia’ podcast
What we’re eating and drinking in lockdown
How is the multi-residential market faring?
Nick Carr on navigating a time of constant transition
Q&A with Maryanne Moodie
On bringing value to the workplace with Molly Shelton
David Brooks on enriching architecture with landscape
The virtual experience
Sue Carr reflects on business and the value of design
Playing the long game: Stephen McGarry on design longevity
7 articles to help you navigate the new normal
Introducing a new talent: Rebecca Trenorden
Nicole Coutts on the future of the workplace
Shopping in the time of COVID-19
In Profile: Chris McCue
Design tips for remote working
Decentralising the workplace
Celebrating International Women’s Day at Carr
The design of everyday rituals
Into the mind of Christopher Boots
Robert Owen’s geometry of light, space and form
Head in the clouds
Building and nature collide
A new era for legal practices
Reframing two icons
The future of hotel hospitality
Japan in a new light
On the importance of timeless design
Digital disruption: On the need for focused working
Designing for future generations
The influence of good design
Finding balance: A hybrid approach to the workplace
Close